When I first started at State Street, I didn’t know what to expect. I went to orientation in early July but felt it went by very quickly, and I left feeling puzzled. I managed to jot down a few notes, but I personally felt it wasn’t enough. I started my first week at 100 Summer Street, met my manager in the lobby, and she very quickly helped me get settled. I remember trying to set up my password by phone. The main issue was that I have a hearing loss, so I kept mishearing the password the person was trying to give me.  I had to take off my hearing aids and press my ear against the speakers. My manager was nice to help me on the phone with getting this set up.

I then had a few meetings and tasks assigned to me, which I liked because I could hear my co-workers more clearly. I prefer speaking to others in-person rather than on the phone, which sounds very quiet and muffled to me. I liked the team; they were all very nice and gave me a quick summary of my first meeting so I would understand the overall theme.

During my 2nd week, I got transferred to 1 Lincoln Street and met my new team, with Richard Curtis as my manager. I felt more comfortable in my new role, which didn’t involve speaking on the phone as a requirement. Most of my tasks revolved around using Microsoft Word, Excel and Outlook.  Office Communicator is a cool feature which I used to communicate with my team. I also used Internet Explorer to access the Private Industry Council (PIC) website, where I would upload pictures of activities from Fridays, which is when the Interns get to do different things such as volunteer at local nonprofit organizations, attend workshops on improving presentation skills, and receive tips on doing well at work. Some of the quizzes and games on Fridays were very challenging; a few lucky winners got a prize!

While at State Street, I learned a lot about myself and my strengths and weaknesses, as well as what it’s like to work in an office. I also learned many skills working on a Windows computer, since I’m a Mac user. I hope the skills I learned at State Street will help me this fall in 12th grade at Boston Arts Academy and in the future at college and in my career. 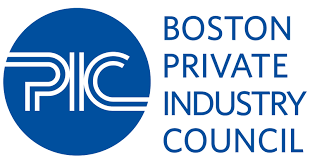 For more information on the Boston Private Industry Council (PIC)

As the final blog in our State Street intern series, we invite you to read each story here, here, here, and here

Author Bio: Paola Almonte is going into her senior year at the Boston Arts Academy and teaches ASL to young children.